Washington’s New Gas Tax (Part 1): Is This the Answer for Infrastructure?

An 11.9-cent gas tax increase, along with a host of fees on car and truck registrations, will account for $6.180 billion of the package, which will provide for construction projects through 2031.

But the more I learned about where the money will end up and what expenses it will cover, the more concerned I grew.

I’ve made my position clear in several presentations and in white papers published in APWA Reporter:

1)    Do not borrow and spend money on building and preserving infrastructure. While we should still prioritize infrastructure, we need to instead use our cash flow for projects and spend wisely based on set priorities.

2)    Spend more money on preserving and maintaining infrastructure on the verge of deteriorating, not on building new. The American Society of Civil Engineers (ASCE) gave America a D+ rating again in its latest infrastructure report card!

It turns out I’m not alone in my opinion.

The Washington State Transportation Commission (WSTC) reviews and assesses how the state’s entire transportation system works and creates a 20-year plan. The WSTC offers policy guidance and recommendations to the governor and the legislature regarding transportation finance and funding.

Here are their key messages to transportation authorities from the 2015 Revenue proposal:

“In the prior transportation packages, the state fuel tax was increased by 14.5 cents. Of which, 13.5 cents of those revenues were fully leveraged to issue bonds funding approximately 421 capital improvement projects. As a result of fully bonding the revenue stream from these tax increases, none of that revenue is available to the State now or in the foreseeable future to pay for needed maintenance, preservation or improvement projects.

As reported by the Office of the State Treasurer, “In FY 2014, debt service on bonds issued to finance these projects totals 104% and 72% of the state’s share of the revenues from the 2003 and 2005 gas taxes. Current projections show that issuing all of the bonds for the legislatively directed list of projects means debt service would exceed fuel tax revenues generated by the 2003-2005 taxes by more than 15 percent.”

To stabilize funding for transportation, the State needs to return to cash flow funding and pay for projects as we go. By not bonding these new revenue streams the State will ensure we have more revenue in the future to pay for future expenses. This will provide a more stable revenue stream on an ongoing basis to pay for transportation infrastructure.”

Over the next 13 years, approximately 70% of Washington state’s net portion of fuel tax revenue is obligated to pay for the long-term debt associated with financing past transportation projects.

A graphic below (adapted from WSTC graph) illustrates this disappointing fact. 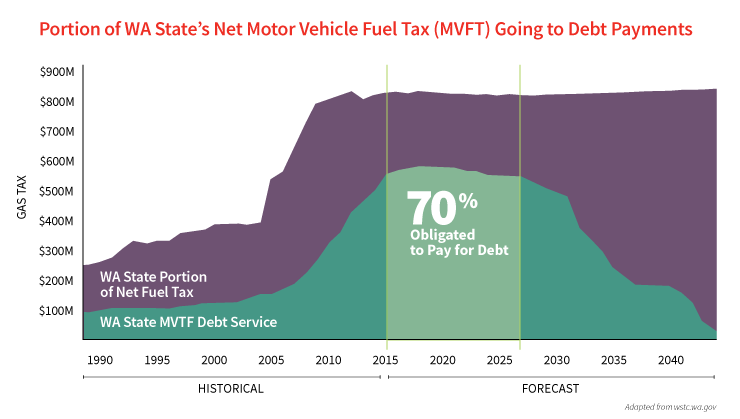 Furthermore, the WSDOT website has an estimate of expenditure for this newest package, including $2.753 billion in new debt services.

Has someone forced the legislature to ignore WSTC’s recommendation that “This [2015 Revenue] proposal urges that bonds not be issued against these new revenue streams?”

Graphics below demonstrate where the gas tax is going (graphics adapted from WSDOT table, Where Does the Gas Tax Go?). Only 8.22 cents, or 22% of the total of 37.44 cents, will be available for new infrastructure projects.

What does this mean for public agencies in Washington? It doesn’t seem like they will be able to transform the new tax revenue into new projects quite yet. As I’ve stated in previous posts, public agencies should consider an out-of-the-box approach to maximize funding for infrastructure.

Be on the lookout for part two of this blog, coming soon Here is part two of this series where I discuss the merits of allocating funds toward existing versus new infrastructure. In the meantime, let me know your thoughts on Washington’s historic new transportation package. 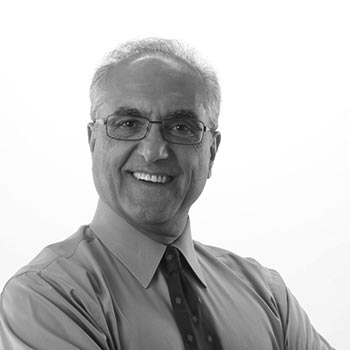 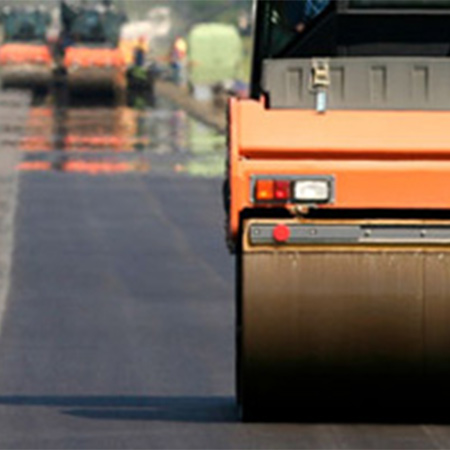 Active Transportation Program (ATP) Augmentation Funding: How to Get First Money from SB1