At Harris & Associates, we know that our clients work within an ever-changing landscape. To understand the challenges at hand, we go straight to the source.

Recently, we sat down with Donald Wilcox, Public Works Director/City Engineer for the City of Soledad, California, to discuss some of the biggest issues facing his department.

H+A: What are the biggest challenges in public works that your city is facing today?

DW: Some of our biggest challenges relate to just coming out of a recession and the resulting reduction in staff and funding levels due to the lack of building and development, reduced sales and property tax revenue, and the dissolution of the Redevelopment Agencies (RDA) statewide.

The recession and resultant loss of staff and funding put Soledad and many other cities into “limp” mode, resulting in the deferral of many essential functions.  We are not so much in danger of bankruptcy anymore, but to keep the city’s core alive during the recession, we had to cut off any fat as well as the city’s arms and legs.  Now we need the arms and legs back to re-build and move forward.  Re-attaching those appendages is a delicate and time-consuming process.

Even though Soledad is a small city of approximately 16,000 residents, we’re a “full service” city.  We offer most of the same services larger cities do—obviously at lower volume levels—but we still need the staffing and the same expertise in many areas.  So while larger cities have multiple managers, support and operations staff with specialized knowledge for each area (such as streets, parks, facilities, fleet, traffic signals/streetlights, stormwater, wastewater, development plan reviews, solid waste, and utility billing), Soledad has one Public Works Director, one secretary and skeletal operations staff.  Solid waste is contracted, other than administration.

The City of Soledad has gone from 100+ employees to under 50 in the last eight years, while regulatory compliance, such as the new Stormwater Phase II permit, requires one full-time staff member for this new complex compliance area alone.  Many cities like Soledad have no funding for stormwater as compared to water and wastewater, which have monthly user revenue.  Stormwater funding is typically from a city’s general fund and competes with police, fire and other general fund services.  That means cities like Soledad are faced with choices:  Do we reduce police and fire service to better comply with new stormwater regulatory requirements when gang suppression and other essential city services are top priorities?

H+A: What are you doing to address these public works challenges?

DW: Soledad Public Works is keeping up in all areas due to strong employees handling huge workloads, but we are going to have to reduce our project workload to focus more on regulatory compliance.

H+A: What is your biggest pain point as a Public Works Director?

DW: Public Works Directors frequently struggle with being able to staff and fund operations and maintenance areas.  Citizens and elected officials understand and support PW employee efforts that they know of, but often don’t realize, for example, that only one Water Operator on duty has a hard time maintaining a water system with multiple wells and reservoirs and hundreds of hydrants, valves, sensors, pumps, chemical feeds, samples, meters to read, etc.  Often the one Operator can only read meters and take samples and repair broken or failing equipment without being able to perform as much of the preventative maintenance he/she would like to best assure a safe and reliable water supply at all times.  Our water system is in good shape, but we had to raise rates to keep it that way, which is tough with approximately 33% of the city rated as a severely disadvantaged community.

DW: Vandalism and graffiti are the most frustrating problems for me. Soledad doesn’t have any more than anywhere else, but when we barely have enough staff to mow the parks and keep them minimally maintained, staff has to constantly spend a lot of time and effort removing graffiti and repairing vandalism.  That just takes the wind out of our sails.  All we can do is close the park restrooms whenever they are busted up or covered in human waste until they can be repaired or disinfected and re-opened.

H+A: Do you have any innovative projects in your city that you would like to highlight?

DW: Soledad has negotiated and partnered in the construction and benefit of one 1.85 megawatt, 400 foot-tall wind turbine and is negotiating another one that will produce 2.85 megawatts of green, renewable energy.  These and the one just south of Gonzales are the first ones in the central coast.

H+A: What is a project you are most proud of and why?

DW: Soledad had a baseball field in Vosti Park since the 50s that was informally converted into a soccer field without any funding, as soccer has become more popular and the city has other baseball fields.  I worked with the City Council to secure funding and approval to construct a modern two-field, regulation-sized, fenced soccer facility with upgraded lighting.  We also provided the city’s first lighted baseball field at Little League Park.

H+A: Why did you choose to go into public works?

DW: The first Public Works Director I met seemed to just drink coffee and go to meetings so I said to myself, “I like coffee; how hard can that job be?”  Actually, I have always been very interested in engineering, construction and operations of large, complex systems.  And I like providing a service to the community as part of a cohesive team of people who enjoy their work, so municipal public works has been a great fit for me. 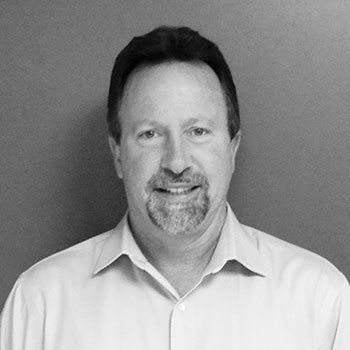 Public Works Director / City Engineer for the City of Soledad